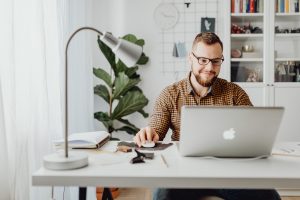 International trade is defined as any economic activity in which both companies and people from different countries exchange products or services. These exchanges can be imports or exports.

There are different types of international trade , since it is defined by its degree of openness. In the least limited case, there is total openness, that is, freedom of trade without tariffs or restrictions. On the opposite side, there is autarky, given in countries that choose not to trade with other countries.

Between both extremes there are intermediate points, such as countries grouped by economic regions with freedom of trade between their borders, but with limits with other countries, among many other cases.

Today, in most countries, it represents a significant part of gross domestic product (GDP). This is a consequence of trade liberalization and the elimination of different tariff barriers, considerably increasing international exchanges of goods or services.

Origins and a little bit of history of international trade

The beginnings of international trade date back more than 10,000 years ago, when people began to travel long distances to exchange goods. The barter of goods or services between different peoples is an ancient practice .

It should be noted that, towards the end of the 16th century, the British East Isles Company was already marketing its products with other companies in the world, becoming the most important worldwide in terms of international trade.

At the end of the 17th century, mercantilism emerged , promoting balanced trade that required the value of exports from a given country at any time to exceed that of imports in the same period.

This system paid special attention to the basic products that make up international trade. The export of finished products was considered beneficial, but the export of raw materials was frowned upon. The opposite also happened, favoring the importation of raw materials over finished products. Therefore, the system was very interventionist, and governments sought to manipulate international commercial activities in favor of their country of origin.

This led to the next stage of liberalism in the 18th century, during which Adam Smith wrote his popular book “The Wealth of Nations.” This book explains the important role of specialized production, a theory that formed the basis of David Ricardo’s theory of comparative advantage.

These steps were essential to ending the mercantilist system, but they were not consolidated until the late 20th century. Faster development, the evolution of transportation, technologies and legislation helped to do this.

Benefits of an international trade consultancy 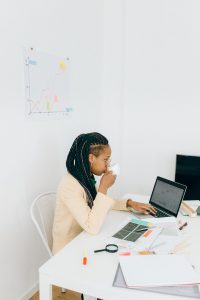 You are clear about it, you are looking to expand your business to world trade, but you are not entirely clear where you should start. Marketing your business internationally has many advantages, but it can be overwhelming at first.

Currently, the legislation related to logistics and foreign trade operations is constantly changing. Knowing the laws of each country in which you want to expand is complicated.

Don’t worry, you can count on the help of an international trade consultant . This will be in charge of evaluating the difficulties you may encounter, looking for business opportunities and conducting research on the policies, competencies or cultural practices of the countries in question. 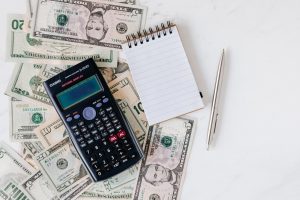 The economic and financial management of the company implies the planning and correct administration of the resources of an organization to guarantee a positive cash flow. It includes everything from the maintenance of financial assets to the risk identification and management process.

That is, it is about managing expenses and income so that everything works correctly so that a company grows and can be successful. It controls everything related to the financial activities of the company, including obtaining and using funds, payments, accounting, risk assessment and other aspects related to finances.

Financial management, administration and finances are essential to ensure the successful operation of any organization. Having a good economic strategy will help you :

What are the functions of financial management?

Any organization needs to have an administrative and financial management in order to achieve its objectives and achieve long-term success.

The functions of financial management are numerous, but they can be divided into two large groups: as a management system and as a particular area of ​​business management. Among all of them there is a feedback that allows to carry out an exhaustive control. Take a look at its main functions.

One of the most important functions is to design an overall economic development strategy for the company and observe the financial market forecast. It is based on setting objectives and analyzing indicators of long-term financial activity.

It is necessary to establish the actions that must be solved in the short term, as well as how to design an action plan to guarantee the financial growth of the organization. In short, the financial strategy is considered the integral part of the economic development of the company.

In economic management, it is necessary to guarantee the constant adaptation of organizational structures to changing conditions in order to achieve the success of the company and the financial areas.

This function is in charge of defining the processes, in addition to promoting the control and adequate allocation of financial resources. It is closely related to financial strategy.

Investment management consists of managing equity and fixed income funds, stocks and shares, currencies or properties to improve the possible return on your investment, taking risk into account.

It is of great importance because the main function is to evaluate the investment attractiveness of real projects, even to choose the most effective forms of financing.

The function of assets consists of investing in the titles or values ​​that allow to achieve the best results to reach the determined profitability.

It is in charge of many aspects, but these are some of the most representative: the assets that are bought or sold, how much capital is to be kept in cash, what profitability is expected to be obtained from each investment or how much risk is available to assume in each investment.

Among the functions of risk management is the task of identifying, analyzing and responding to risk factors during a project or investment of the company. First, it is designed to identify risk, this helps to quantify and predict the impact it may have.

By having careful and constant risk management, it is possible to greatly reduce the risks that the business must take. In addition, it allows a much more effective problem solving.